Citizenship in Germany by investment

Germany is the largest and the most stable European economy. A German passport grants visa-free access to 174 countries of the world. Germany comes fourth in the UN's list of the best countries to live in, while ten German universities rank among the Top 100 by Times Higher Education. Therefore, many affluent foreign nationals aim to obtain German nationality. Can a German passport be obtained by investing in the country's economy?

How to become a German citizen?

Germany does not offer a citizenship-by-investment programme like, for instance, Cyprus (where investors must buy property totalling at least €2 mn). Naturalisation is the only way to become a German national by law. It implies fulfilling a number of conditions (for each of which there are exceptions, however). In order to obtain German citizenship, it is necessary to:

An important condition for obtaining a German passport is to renounce the birth citizenship. However, according to the Head of German consulting company Avers, Master of Laws from the Free University of Berlin and Tranio's partner German Moyzhes, its fulfilment is not obligatory if the recipient manages to prove losing property or income as a result of the birth citizenship renunciation: "For example, when the applicant owns a certain category of land or company shares in his/her home country, which cannot be owned by foreign nationals".

How to get a German residence permit?

Different types of residence permits exist allowing foreign nationals (except the citizens of the EU and the EEA countries who do not need to have one) to lawfully reside in Germany.

There are several types of grounds for obtaining temporary residence:

Opening or buying a business

Germany does not impose strict requirements on those who want to open a business in its territory. There is no certain amount to invest or number of jobs to create that would guarantee obtaining a residence permit, " Mr Moyzhes comments." It is important to provide a realistic business plan and prove that precisely the applicant possesses the set of skills necessary to carry it out".

The sphere in which the applicant plans to launch business can also influence the authorities' decision: an IT-company is more likely to secure a residence permit for its owner than a new restaurant or hotel. However, this way can only lead to success if the investor really wants and is able to run a business in Germany.

Blue Cards are issued to those who have signed a labour contract with a German employer. Their recipients must hold a university degree or similar qualification allowing to do the job. The minimum annual salary of a Blue Card holder must amount to €52,000.

Unlike the residency obtained via a regular employment agreement (i.e., with no qualification or salary requirement), this type of residency is easier and quicker to obtain.

The Blue Card is granted for four years. If the holder of such residence permit has been legally working and paying compulsory insurance contributions, permanent residency is awarded. For those who demonstrate having language skills at level B1, this period is reduced to 21 months.

Some affluent individuals try to obtain this type of residence permit without planning to work in Germany:  they make an arrangement with the employer or create their own companies in the country to conclude an employment agreement. "In addition to being fictitious, this scheme turns out to be inconvenient and expensive for the investor: there is a constant need to pay social fees, taxes, and administer the business. How can these expenses be reimbursed?" Mr Moyzhes comments.

"There is no provision of law that allows to obtain German residency via local property purchase or just because there is such a desire. However, there are "other" reasons, meaning that obtaining a residence permit on the grounds not described in the law is also possible", Mr Moyzhes explains.

"For instance, "other" circumstances might include grandparents' desire to live near their grandson or love towards German poetry".

German permanent residency is indefinite and enables its holder to work in Germany. Obtaining permanent residency typically requires holding a temporary residence permit or a Blue Card for five years, proving financial independence, having an intermediate level of German and a clean criminal record.

A German permanent residence permit is practically inalienable. To revoke it, the German authorities have to find an evidence of a serious offence or government fraud when receiving the document. The authorities can also revoke a residence permit if its holder stays outside Germany for a continuous period of more than six months.

There is a separate type of document — the permanent EC residence permit (Erlaubnis zum Daueraufenthalt-EU). It also entitles its holder for indefinite stay and work in Germany, but, unlike the conventional permanent residence permit allows to obtain temporary residence in any country of the EU.

— What level of German has to be demonstrated to obtain a residence permit in the country?

— It is necessary to successfully use the language in everyday life: in communication with officials and ordinary people, be able to read, comprehend and retell a German text on a general topic. One of the ways to demonstrate German proficiency is the successful completion of an integration course.

Anna Danishek All articles by this author 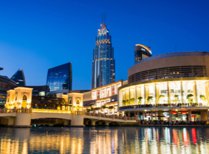 Golden Visa in the UAE 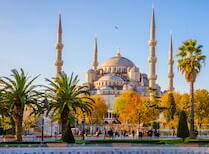 Turkey citizenship by investment in 2022 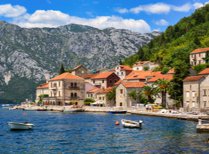 Subscribe
I confirm that I have read and accept the Privacy Policy and Personal Data Processing Guidelines.
Done!
Property buying guide for Germany
Article 5 of 7
Top 5 Articles of the Month
Read also

Köpenick: a palace on an island and the “green lungs” of Berlin

Charlottenburg: a district in western Berlin

Invest in the UAE real estate in 2022