With the largest and the most stable economy in Europe, Germany is an attractive destination for investment capital from around the globe. One way to maintain and increase capital is to invest in real estate.

The German property market is heterogeneous: the situation in western Germany is significantly different from that in eastern Germany, while Berlin, the capital of the country, is characterised by its own specific features.

German property investments are reliable and show promise thanks to the following key factors:

Among the main incentives for property demand in Germany are cheap mortgages. The average interest rate over the last 17 years is just 3.37%, whilst in March 2021 it was down to 1.18%.

Berlin: a market with a great potential

The German economy is booming. In 2019, GDP grew by 5.3%, exceeding the national average by 4.7 percentage points. Key industries are IT, healthcare, electrical goods manufacturing and tourism. Berlin houses the largest number in Europe: a new company opens every 20 hours there.

What is facilitating the growth population?

The main reason is due to young professionals who come to the city in order to find jobs. Every year, the number of inhabitants increases by 40,000, a number which totals over 1% population.

The Berlin property market is one of the most dynamic in the world. The economic growth and rising population in the city are fuelling demand. As a result, real estate prices are constantly increasing:

Mitte, , and Pankow are the most expensive locations in Berlin. These four boroughs are the only parts of Berlin where the median purchase and rental prices exceed the city average.

Mitte is the most expensive property market in Berlin, with the median price for flats running at €7,050 per m² (for comparison, in Friedrichshain-Kreuzberg, the second most expensive borough, it is €6,500 per m²). The median rental price in Mitte is €20 per m², which is 60% above the Berlin average.

Residential properties are cheaper on the outskirts: for instance, in Marzahn-Hellersdorf, a borough in eastern Berlin, the average price is €3,171 per m² are on offer, whilst rental rates in the area are around €8.55 per m².

When buying a flat in Berlin, you shouldn't expect to obtain a quick profit from rental. The local residential real estate is promising primarily in terms of its future capitalisation. Property in the capital generates a reasonable rental income of 3–4% and gains in value annually.

Non-residential property is also in high demand in Berlin. In 2019, €70.8 billion was invested into the commercial segment. The demand for such property continues to grow, especially in the central districts. This price growth has led to a decline in the yield rates to 3–6% per annum.

Apartments for sale in Berlin 261 listings on Tranio

From 269,000 €
New buy-to-let apartments with a guaranteed yield of 3.9% in the Köpenick area, Berlin, Germany

Western Germany is a commercial and industrial region with infrastructure, low unemployment and a population with increased purchasing power. The real estate market of western Ger-many is characterised by:

Munich, Stuttgart, Frankfurt am Main, Düsseldorf and Hamburg are the largest property centres in the western region.

Property for sale in Munich 23 listings on Tranio

From 215,000 €
Modern residential complex with a shared rooftop terrace, Munich

From 233,000 €
Apartments with guaranteed profitability in a new residential complex, Munich, Germany

Experienced investors look at not only metropolitan cities whose overheated markets bring about high property prices, but also cities with 50,000 to 300,000 inhabitants, infrastructure and low unemployment rates.

Such locations, where the property prices retain a potential for growth, include Ludwigshafen, Regensburg, Ingolstadt, Oldenburg and Heilbronn. At the same time, in smaller communities with residents, a yield equal to that in larger cities can be obtained with properties that are cheaper.

Western successful economy also fuels demand properties: offices, hotels; retail buildings; warehousing facilities; spaces for small and medium enterprises. Commercial real estate in big cities is a safe option due to its liquidity being high on account of its price constantly increasing. Investors choosing such properties count not on the current income they offer, but on future capitalisation growth.

— Which commercial properties in western Germany are the most reliable? — Those in the right locations, with rental contracts and in good condition.

Western Germany, especially the southern parts, also has a well-developed domestic tourism industry. The region's most popular resorts are the spa town of Baden-Baden, the ski resort of Garmisch-Partenkirchen, in addition to Starnberg and Titisee-Neustadt. The rental demand in popular tourist areas is high: for instance, in 2019, Frankfurt am Main attracted over six million tourists, whilst the town’s hotels have no more than 60,000 bed spaces.

Property for sale in Baden-Baden 41 listings on Tranio

390,000 €
Modern comfortable apartment with a balcony near the city center, Baden-Baden, Germany

1,000,000 €
Beautiful apartment with a balcony and a view of the mountains in a historic building with a lift and a garage, near the center, Baden-Baden

1,600,000 €
Historic villa in excellent condition with a garden and three high-quality apartments in one of the most beautiful areas of Baden-Baden

Eastern Germany attracts investors with the rapid growth of its economy and its high potential for development. The population is growing, and so is purchasing power in the region. Meanwhile, the unemployment rate is falling: in Potsdam, for example, it amounted to 6% in 2021.

In general, the real estate market of Eastern Germany is characterised by:

The most promising real estate markets in eastern Germany are located in the big cities: Leipzig, Dresden, and Potsdam whose infrastructures and moderate living costs attract young people. In 2020, the average rental rate in Leipzig reached €7.7 per m², which is almost 24% higher than in 2015 but still significantly lower in comparison to the large cities of western Germany.

Thanks to the relatively low prices, the yields in eastern Germany are still higher than in the west of the country: about for residential properties and for commercial ones.

The growth of large and medium-sized cities in eastern Germany makes for promising markets for investors. The relatively low prices for local real estate will ensure higher rental yields, whilst the continuing economic growth will allow investors to resell property at a profit in 7-8 years.

Such small university cities as Halle and Chemnitz favour student property investment, with there being many international students wishing to obtain German education at a reasonable price.

Property prices in other countries: 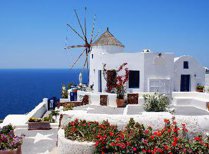 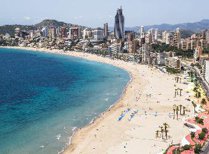 Subscribe
I confirm that I have read and accept the Privacy Policy and Personal Data Processing Guidelines.
Done!
Property buying guide for Germany
Article 1 of 7
Top 5 Articles of the Month
Read also

Köpenick: a palace on an island and the “green lungs” of Berlin

Charlottenburg: a district in western Berlin

Dubai off-plan property market in July 2022: Prices and sales volume are still on the rise