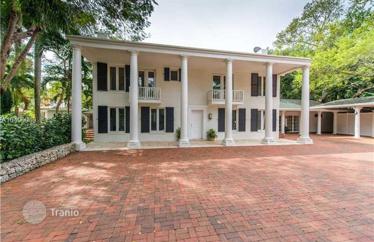 Impressive new cottage with a large plot and a terrace, Miami, USA

7,800,000 $
Check availability of the property
Send the listing to yourself
Features

An impressive new cottage in a coconut grove on a large tropical plot of 132,356 m². Completion is scheduled for the summer of 2020.

The house has seven bedrooms, eight bathrooms, a living room, a kitchen and a terrace.

You can see more houses, villas, cottages for sale in Miami elsewhere on our website.

Enquire about this detached house

Anna Boyarchukova,
Head of Residential Real Estate
Request a selection
Investment and income generation vehicles
Not sure what to start with? Send an advice request
Our expert will contact you to help with selecting real estate
Ask a question
I confirm that I have read and accept to the Privacy Policy and Personal Data Processing Guidelines.