Property for sale in Sicily: apartments and houses 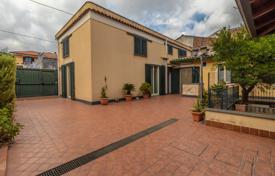 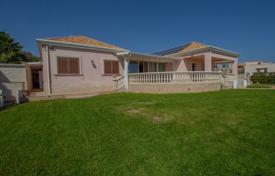 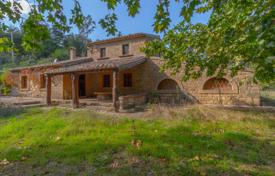 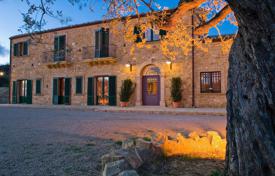 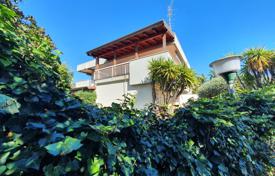 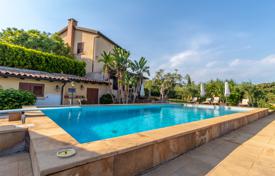 Two-storey villa with a garden, a swimming pool and a parking in the prestigious residential area of Cerza, Sicily, Italy
1,000,000 €
Total area 275 m²Land area: 1,000 m²4 bedrooms3 bathrooms
EU residence permit for purchase of real estate in Spain and Greece

Send a request, and we will tell you about the programme and show qualifying properties 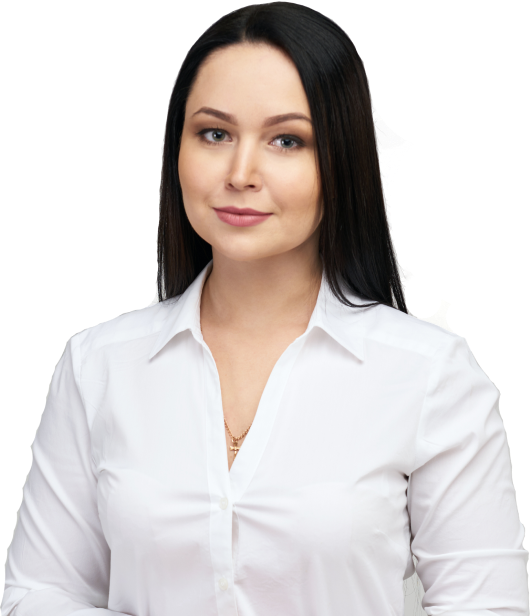 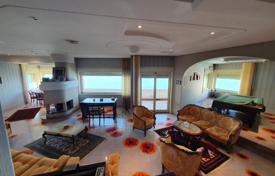 Three-storey villa with a private access to the sea and a garage, Plemmirio, Italy
Price on request
Total area 600 m²Land area: 2,500 m²5 bedrooms6 bathrooms
2 months ago 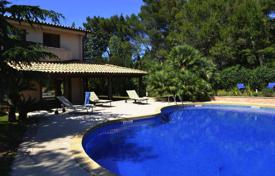 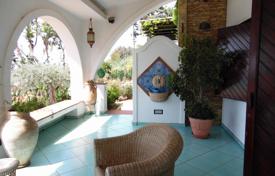 Next to the sea 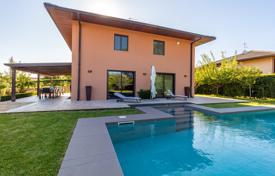 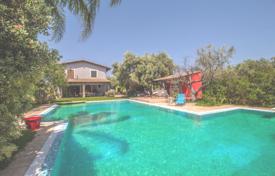 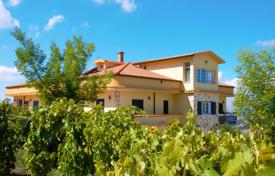 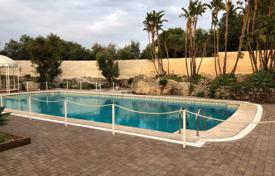 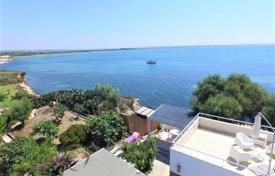 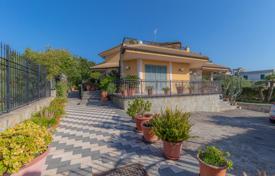 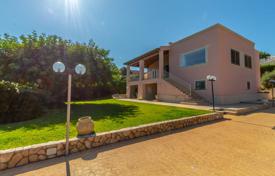 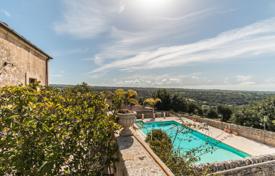 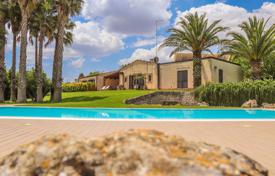 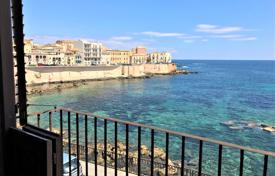 Two-level apartment with a panoramic view of the sea in the historic center of the city of Syracuse, Italy
1,550,000 €
Total area 430 m²5 bedrooms3 bathrooms 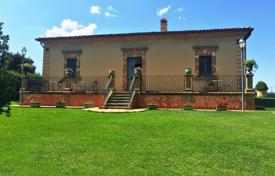 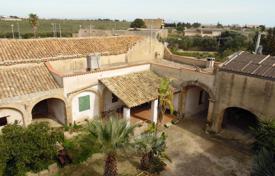 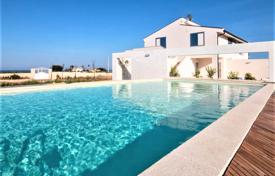 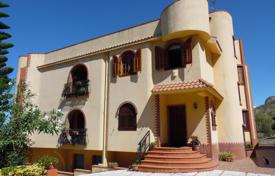 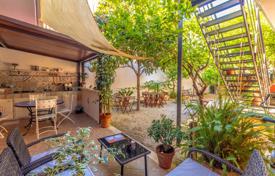 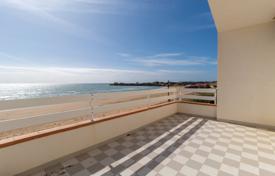 Spacious villa with a terrace by the sea coast, Santa Croce Camerina, Sicily, Italy
850,000 €
Total area 350 m²8 bedrooms3 bathrooms
Receive a weekly selection of new properties
Receive properties
I confirm that I have read and accept the Privacy Policy and Personal Data Processing Guidelines.
1-25 of 82 listings, page 1 of 4

Tranio specialists can help you buy property in Sicily at low cost. Our database contains offers with current prices, photos and descriptions of properties from the owners, developers and local real estate agencies. Cheap real estate in Sicily — without intermediaries and extra charges. Free advice. Transaction management and execution services.

Save your time!
FAQ about Sicily
How much tax is paid on residential rentals?
Italy has progressive tax rates. If you lease residential real estate on a regular basis you need to declare your total annual rental income every year. If this amount does not exceed € 15,000 per year, it is taxed at 23% plus 2% of the annual rent. If the annual rental income is greater than € 75,000, it is taxed at 43% plus 2% of the total annual rent. However, paying less tax is possible: for example, when registering a rental contract with the cedolare secca option, the tax rate is fixed at 21% of the annual rent. And on a comodato d'uso contract, no tax is paid because this type of agreement implies a temporary provision of housing for free.
What is the property purchase payment process?
According to Italian law, non-residents must open a local bank account and transfer the full property purchase amount to it. In addition, 10% of the deposit must be paid by bank cheque. When the notarial act is issued, the bank will issue a cheque with the remaining amount to the seller.
What documents are required to buy an apartment in Sicily?
Which regions of Italy offer the cheapest property prices?
It’s possible to buy a one-bedroom apartment for about € 60,000 in the city of Pizzo (Calabria) and from € 105,000 in the region of Abruzzo.
How much does it cost to maintain a property in Sicily?

The insurance fee depends on a property’s value and usually ranges from € 300-2,000 per annum (usually 1–2% of the property value)

Can Italian citizenship be obtained through buying a property?
Property owners do not automatically become Italian citizens. It is necessary to live in the country for at least 10 years before becoming eligible for citizenship.
Which regions of Italy are the most promising for investing in real estate?
The most advantageous regions in terms of property investment are Lombardy, Piedmont and Liguria thanks to the well-developed infrastructure, which fuels price growth.
What is the process for the transaction closure?
To start, you need to open an Italian bank account and obtain a tax identification code. After that, a deposit is paid to reserve the property. The sum of the deposit is 1% of the purchase amount. Next, a sales agreement is signed. If the transaction closure is particularly time-consuming, a preliminary agreement with a deposit of as much as 10–30% can be signed. The final sales agreement is processed at a notary office. The agreement is also officially registered with Italy’s Real Estate Registration Department. The payment can be made in two ways: by a cheque or via a direct transfer of funds from the buyer’s bank account. After this is sorted, the new owner will receive the keys, sales agreement, and property register extract.
Do foreigners pay the same property taxes as Italians?

Yes, in Italy the taxes for residents and non-residents are the same.

If buying a new-build you will have to pay:

For an existing property you will have to pay:

Are there any extra costs related to the purchase of an apartment in Sicily?

Yes, in addition to the expenses mentioned above there are a number of additional costs. For example, the payment of notary fees at 2–4% of the property's assessed value. This includes:

Can non-residents obtain a residential mortgage loan in Sicily?
Yes, but it is difficult to do so. Non-residents must have lived in Italy for at least two years and in some cases for five years. The income must be euro or dollar -denominated.
What is the process for property title registration in Sicily?
Property title registration involves several stages. Firstly, the parties sign the sales agreement at a notary office. The notary then forwards the information to state agencies: tax authority, cadastre chamber office, and registration chamber. The lead time for documents ranges from a few days to three months, depending on the region where the transaction is closed. Only when all of the registration processes are completed does the buyer receive their original documents.
Experts Tranio
Recommended by the Editorial Team
The Buyer's Guide
Our best articles about Sicily

Russian and CIS investment outlook in overseas real estate – A survey by Tranio, 2020

Sicily is the biggest Italian island and its largest region in the Mediterranean, with myriads of amazing tiny islands around it, offering a unique range of nowhere-else- to be found Sicily real estate. Residing there is an undoubtedly alluring, and purchasing property in Sicily can become an attractive investment option, as the tourist inflow has been growing over the recent years.

The most in-demand property for sale in Sicily are two- or three-bedroom apartments, with gardens, garages, terraces and air conditioning, preferably close to seaside resorts. However, there is much to be surprised at pretty all over the island. The three main islands in the south are Lampedusa, Pantelleria, and Linosa; with the Aegadian Islands in the west, the Lipari Islands not to be forgotten in the north-east as well as the little Stromboli where the local volcano is still active, Ustica and finally Lipari which gave its name to the entire island group. As for the volcanoes, Sicily is best-known for the Mount of Etna; the highest active volcano in Europe outside Caucasus. Living or owning property there and may be really dangerous, still many organised routes exist enabling you to explore the unique natural landmark while being totally safe. Besides, the gigantic fire-breathing mountain is strewn with ski resorts. The coasts are predominantly rocky and high and the sea views are marvellous, making it the true gem of the island.

Sicilian cuisine is one of the most appreciated around the globe, with influences from many other cultures and nations who stepped on the island, the gastronomy treasury offers a variety of flavours to mention the least. Many visitors to this awesome region are often amazed but intrigued by the diversity of the island’s foods. No matter if you choose to have a posh dinner at any of the numerous Michelin-starred restaurants dispersed all over the region or would rather pop into one of the isle’s unassuming cafes proudly serving centuries-old traditional gastronomy in the countryside, a delight awaits your inner foodie. Gigi Mangia in Palermo and Duomo in Ragusa are two must-visit restaurants preparing fusion dishes worth trying at least once.

As for shopping, Sicily simply can’t disappoint. All the main cities – Palermo, Agrigento Catania, Syracuse, - have shops that belong to the famous and universally loved chains of H`n`M and Zara not to mention the others, but to taste the true flavour of Sicilian fair, however, you should visit at least one of the busy markets in and around Sicily. Here, a continuous line-up of singular handmade goods can be purchased, starting from marionettes to pottery and culinary treats. Giardini Naxos near Messina and Mascalucia near Catania are two recognised outdoor markets worth visiting. This is also a chance to have a glimpse of Sicilian culture unchanged by modern times as well as to strike a bargain.

You can easily arrive at the magnificent island by plane. With quite a few airports littered throughout its area, you won’t find anything difficult in getting on board of a charter from Italy, Europe or other countries of the world. Once here, however, you’ll need the support of a patron saint to go around the island. Despite, being served by ferry, bus, and rail services, none of these kinds of transport runs through the entire region, no can it be named reliable or punctual. To comfortably explore the magnetic island, it is better to rent a scooter or a car in order to be able to reach the most remote corners of the island, without hurry and taking advantage of the abundant photo opportunities on the way.